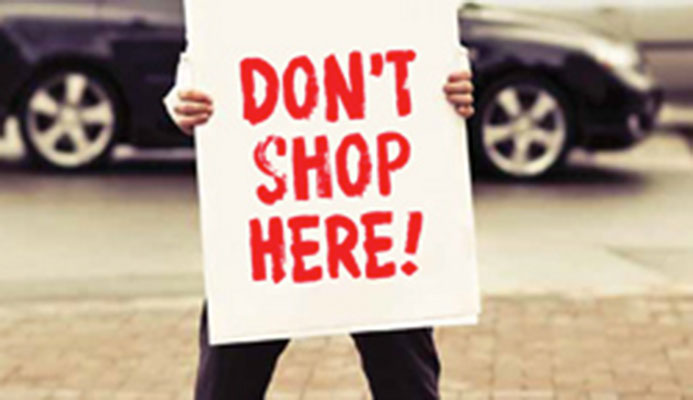 The Employers Consultative Association of Trinidad and Tobago (ECA) is calling for good sense to prevail as we collectively strive to overcome the current turbulent economic challenges facing our nation. In this regard, the ECA believes that the recent call by Mr. Ancel Roget, President of the Joint Trade Union Movement, for consumers to boycott businesses owned by the so called “elitist one percent” cannot be seen as a reasonable, responsible, or rational course of action.

While the ECA respects and cherishes the constitutional right to freedom of speech as an integral part of our democracy, using boycotts as a means to treat with the issues articulated by the Labour movement, inclusive of retrenchment, is counter-intuitive and is not an effective solution, especially given our harsh economic realities.

The ECA appeals to the citizenry to consider the thousands of workers who depend on the success of these businesses for decent work and the sustenance of their families. Furthermore, consider the potential loss of millions in valuable tax revenue to the Government. Our already fragile economy can ill-afford such occurrence.

The ECA maintains that the most viable option at this time is to engage in meaningful social dialogue. As a start, the stage has been set and the national mechanism created for such dialogue. It is now imperative that the esteemed leadership of Labour, Employers/Business and Government demonstrates greater maturity characterised by openness, honesty, humility and genuine sense of love for our nation. Resolving our current problems MUST begin with dialogue; locking horns can only lead to detrimental outcomes. To their credit, the Labour movement has shown by their actions that there is value in a united approach. We therefore urge citizens to reflect on how much more powerful and effective a united tripartite effort will be to rescuing our beloved Trinidad and Tobago.